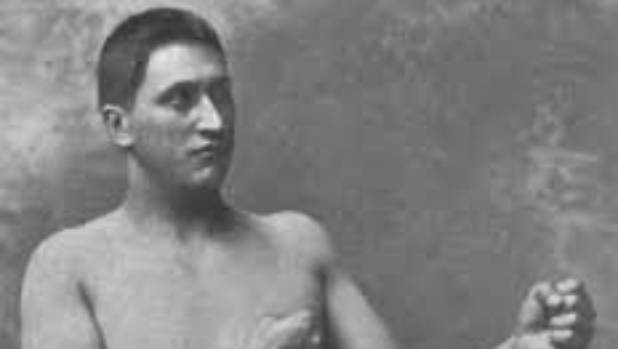 Herbert Slade, the New Zealand boxer, who challenged for the world heavyweight title in 1883.

If you thought modern-day boxing promotion was full of hype and hot air, consider the strange case of the first Kiwi world title fight contender.

Kaeo-born Herbert Slade had scarcely laced on a pair of gloves in anger when he got his title shot 135 years ago.

Slade was dubbed the “Māori Mauler” by the US press  – or the “Australian Giant” by virtue of a short stint across the Tasman before arriving in America.

A butcher by trade,  the son of an Irish whaler and Māori mother was actually a wrestler who was discovered by visiting English boxing coach Jem Mace, known as “the father of modern boxing”, who opened a gym in Timaru.

It’s widely believed Mace came across Slade at the New Zealand boxing championships in Timaru in the early 1880s.

Most of Slade’s early boxing bouts were exhibition affairs against Mace both here and in the United States.

Mace hooked him up with promoter Richard K Fox, who was desperate to find someone to beat the “Boston Strong Boy” – bare knuckle brawler John L Sullivan.

Part of Slade’s allure was his mixed-race heritage – only white men had fought in professional bouts in the United States before his emergence.

But, the contest was a mismatch from the outset.

Slade – described in contemporary press reports as “slow, clumsy and aggressive” – was knocked down once in the first round and four times in the second.

Sullivan was declared the winner after giving the Kiwi another pasting in the third round. Police ordered the fight to be abandoned midway through the penultimate round, BoxRec.com claimed in a retrospective report.

Slade and Sullivan fought each other numerous times on an exhibition tour throughout the United States.

Sullivan – the first gloved world champion – retained his No 1 status until 1892. 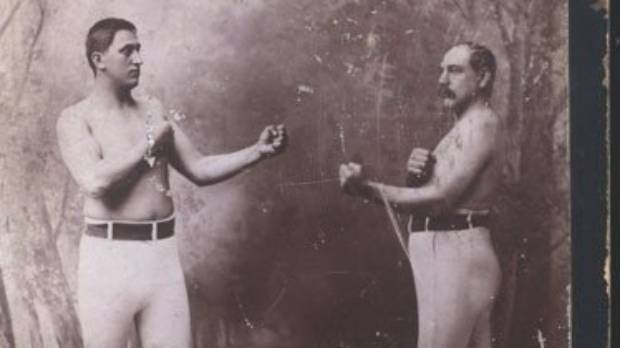 Slade boxed – with scant success – until he was 50, finally retiring in 1901. He was also a boxing referee and part-owned the “Last Chance” gold mine in Utah.

He was inducted into the Māori Sports Hall of Fame in 2011.

“Most Americans had never seen a Māori, so over 10,000 Americans crammed into Madison Square Garden to view this native of New Zealand,” the citation read.

“Given the racial sensitivity of America when public lynchings of African Americans [were] commonplace, the bout was significant merely for the fact that it went ahead at all.

” While he will never be recorded as one of our greatest prize fighters, he nevertheless commands a place in social history as the first widely advertised [New Zealand] sporting figure.”

Definitely. Slade was a wrestler, not a boxer, up against an uncompromising, seasoned fighter in a novelty-value bout – Tony Smith.